Japan’s current school uniforms can trace their beginnings to the Meiji period (1868-1912), when Gakushuin (an educational institution for the Imperial family and nobility at the time) adopted Navy-style uniforms. Later, the wearing of uniforms became widespread with aims such as eliminating economic differences and heightening awareness of being a student. In recent years, Japanese school uniforms have been gaining attention overseas, and are a main element which symbolizes Japanese students and pupils.

Below are the results of a survey targeting 1,800 men and women from their teens to 60s regarding the school uniform wearing situation. 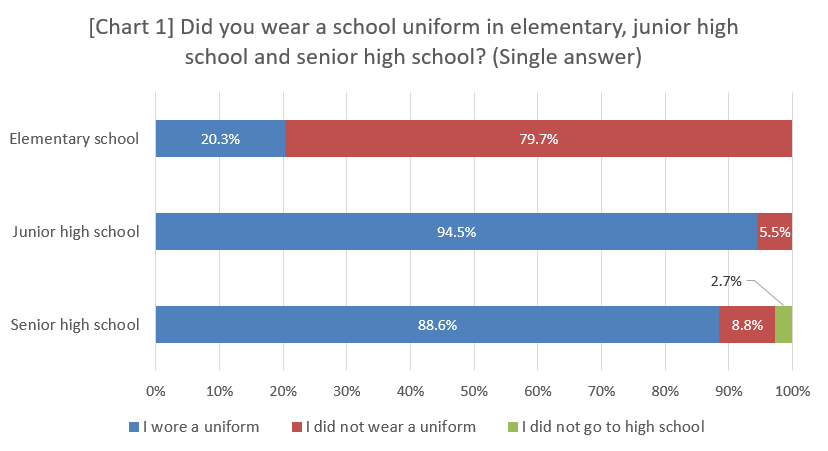 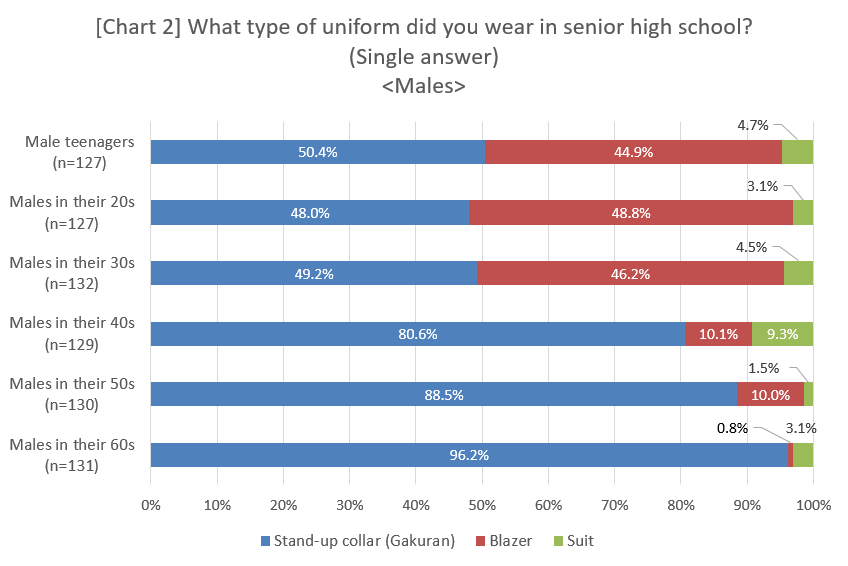 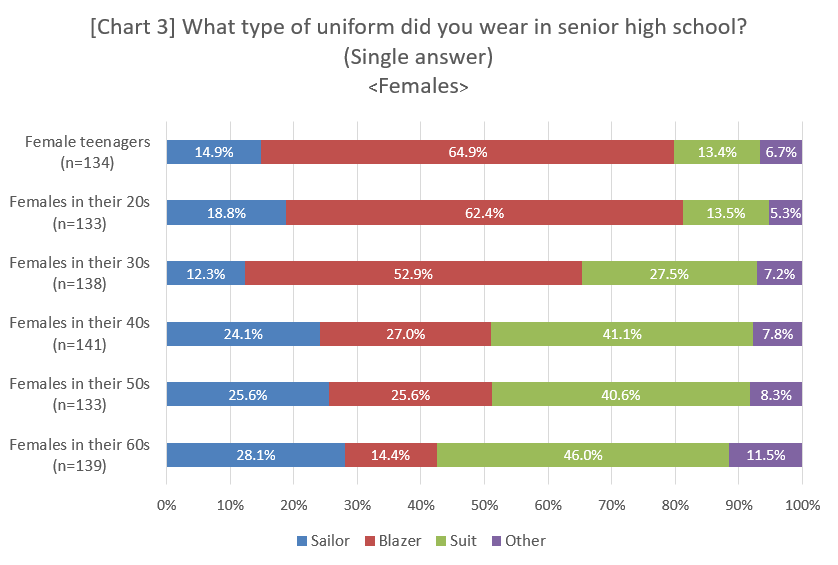 Below are the results of a survey targeting 1,800 men and women from their teens to 60s, regarding the good points of school uniforms and their necessity. 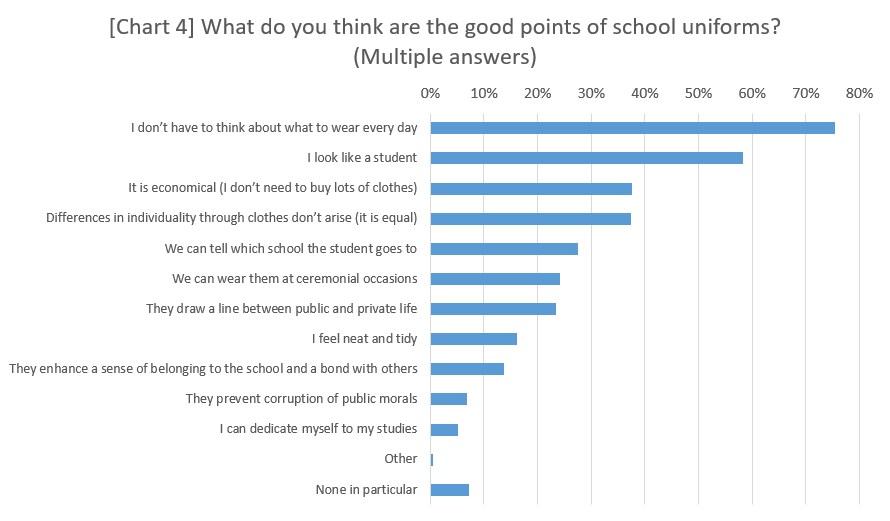 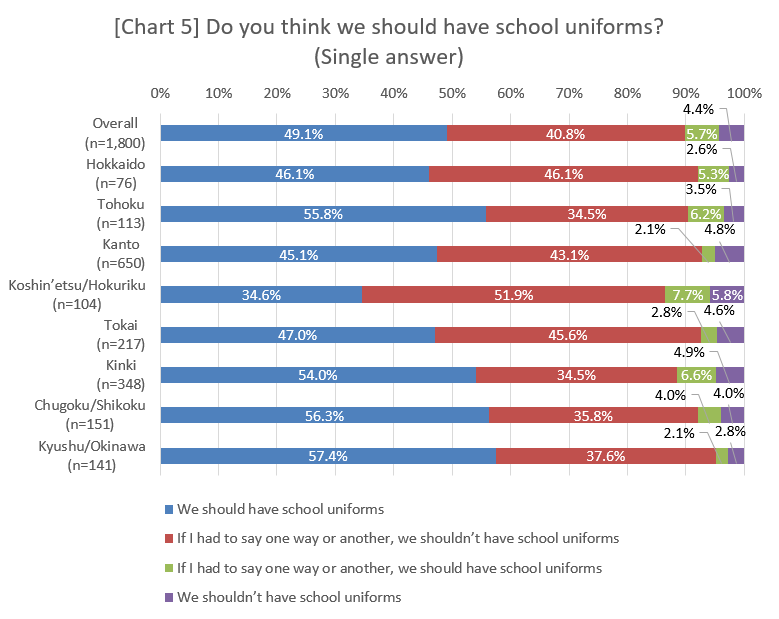 3) [Genderless uniforms] which are increasingly being adopted

The genderless movement to eliminate male and female differences is spreading, even with regards to school uniforms. Options other than conventional uniforms which are fixed by gender, such as stand-up collar and sailor uniforms, are increasing.

Tombow Co., Ltd., which has made and sold uniforms since 1930, has been developing and commercializing genderless uniforms since around 2015. Each year, the number of schools which has adopted one of these designs, that is, slacks for females, has been increasing. In 2021, the number rose to over 1,000 junior and senior high schools combined.

Tombow’s genderless uniform is not just one product. They offer a variety of types. For example, jackets with free left or right front alignment, blouson-style jackets with no button fastening, and slacks for females. The slacks are not shaped to fit the body shape and silhouette of males and females, but are designed not to show a difference in gender. In addition to introducing such genderless items, an increasing number of schools are allowing free choice of neckties and ribbons, and slacks and skirts.

Such genderless uniforms are not just for certain students. They are designed as an option to suit the individual’s intentions so they can have a pleasant school life. It can be said to be a break away from the conventional enforcement of uniforms based on gender, and an effort to recognize diversity.

For Tombow, uniforms should be based on the ideal of “physical and mental comfort for all students, regardless of gender”. When developing uniforms, it bears in mind the following: increase choice, genderless design, and creation of an environment which accepts diversity. It proceeds in its work while conducting surveys.

When talking of genderless uniforms, there is the worry of a psychological burden on the students wearing them, due to a focus on “consideration of LGBTQ”. The uniforms are not only about that aspect. The convenience of such uniforms, such as their ability to offer protection from the cold, and ease of movement, and the freedom to choose one’s uniform should be explained, and consideration given so that all students can wear them with satisfaction.